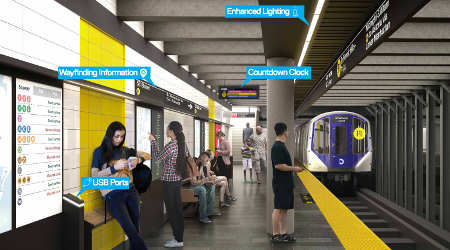 To complete the project, NYCT will close the Prospect Avenue, Bay Ridge Avenue and 53rd Street stations for six months in both directions.

The contractor, a Citnalta-Forte joint venture, will use a design-build method to reduce construction time and cut costs, NYCT officials said in a press release.

The effort marks the first time NYCT is using the design-build method for delivering a construction project, agency officials added.

"By using the design-build method, we are putting the onus on one contractor to get the work done seamlessly and on time," said MTA Interim Executive Director Ronnie Hakim. "The emphasis is on giving them complete access to the stations and the ability to get in, get done and get out as quickly as possible."

The three stations opened in 1915 as part of the Brooklyn-Manhattan Transit Corp. The project includes major demolition work before extensive renovations begin.