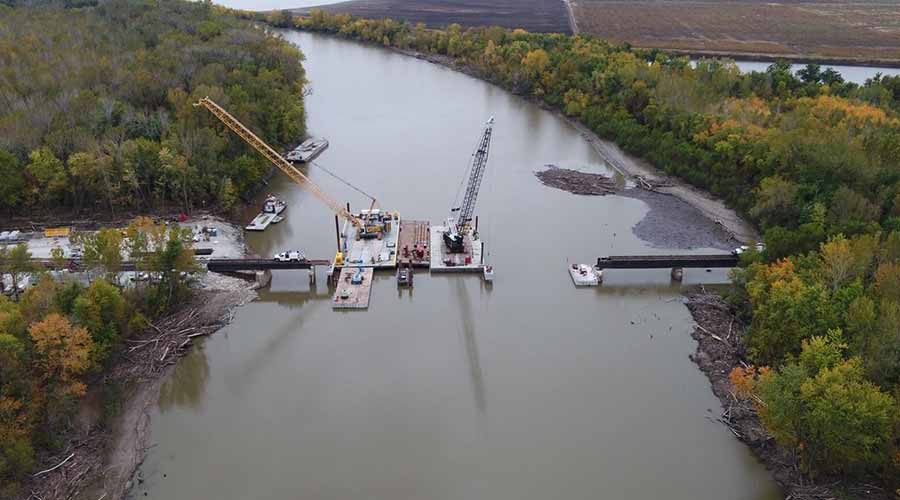 However, NS engineering teams have made "significant progress" over the past week and expect repairs to be completed and service restored no later than tomorrow, Class I officials said in an operations update.

The bridge collapsed Oct. 1 following structural damage from heavy rains. NS entered into agreements with its interline partners to detour freight traffic over alternative gateways during the outage.

"Customers will not need to update any shipping instructions and can see detoured shipments via AccessNS," company officials said.

All intermodal terminals will accept traffic into Kansas City, and the Kansas City terminal is open, they said.