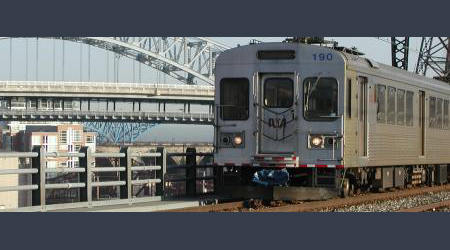 The funds will be used to rebuild a critical section of track between the West Park Station in Cleveland and the airport, said GCRTA Interim Chief Executive Officer and General Manager Floun'say Caver in a press release.

"The Red Line logged more than 6.3 million riders in 2017," he noted. "No doubt that our funding partners know how valuable the Red Line is to this region, and we are always grateful for their generous support."

The money will come from the Ohio Transit Preservation Partnership Program, which allocates federal dollars to urban transit systems in the state, according to ODOT's website.

Meanwhile, GCRTA yesterday marked the 50th anniversary of Red Line service to the airport. The line now provides service more than 21 hours a day between the airport, downtown Cleveland and East Cleveland, Ohio.

When the Red Line's airport service began in November 1968, Cleveland became the first city in the world with direct transit-rail service between its downtown and an international airport, GCRTA officials said.