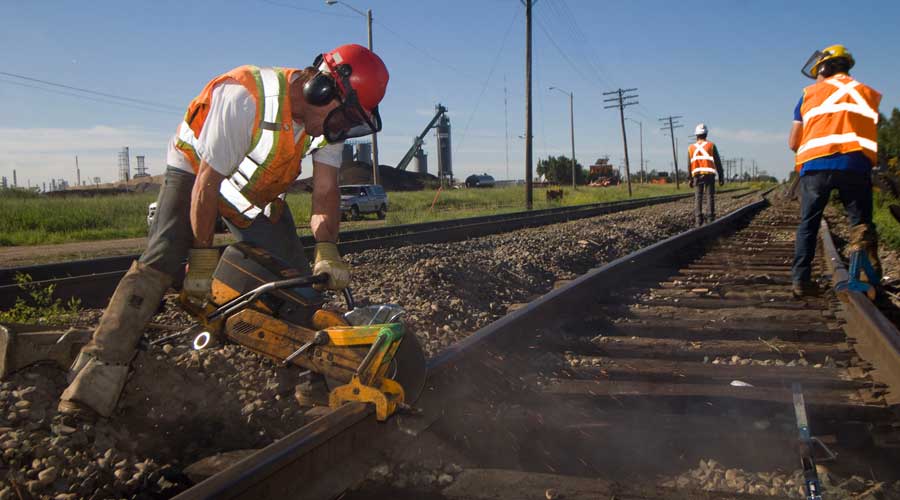 CN today announced it will spend about CA$100 million in Wisconsin and CA$55 million in Michigan this year to bolster infrastructure.

The Wisconsin investments will focus on a new auto compound in New Richmond, maintenance of vessels, replacement of rail and ties, and maintenance of bridges, grade crossings, culverts, signal systems and other track infrastructure. The Class I plans to replace more than 9 miles of rail, install more than 60,000 ties and rebuild 48 crossing surfaces.

CN serves many local producers and general merchandise customers in Wisconsin — most notably in Milwaukee and Green Bay — and operates intermodal terminals in Chippewa Falls and Arcadia.

Work in Michigan will focus on continued positive train control work, an expansion of an auto compound in Flint, autonomous track inspection rail cars, the replacement of rail and ties, and maintenance of bridges, crossings, culverts, signal systems and other track infrastructure. The railroad plans to replace 5 miles of rail, install more than 105,00 ties and rebuild 24 crossing surfaces.

CN is the largest of three Class Is operating in Michigan, maintaining yards in Battle Creek, Escanaba, Flint, Gladstone, Port Huron and Flat Rock. CN also has a car and locomotive repair shop in Battle Creek. One in four finished automobiles built in Michigan is moved on a CN train.

“We take our essential role in the North American economy seriously and these investments … are a key part of our strategy to support growth,” said Derek Taylor, CN’s vice president of the Eastern Region, in a press release.