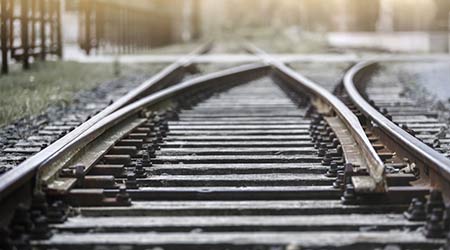 Located on the TxDOT-owned South Orient rail line, the bridge was severely damaged by fire in 2008 and 2009. The 391-mile rail line runs from the Texas-Mexico border at Presidio through San Angelo to just south of Coleman.

The South Orient route is leased to TXPF, which operates the line and is responsible for the bridge's reconstruction. The short line is funding the cost of the project, which is scheduled to be completed by September 2019.

“As one of the eight rail gateways between the United States and Mexico, this crossing is extremely important to the economy of Texas and the rest of the United States,” said Texas Transportation Commission Chairman J. Bruce Bugg Jr. in a press release.

TxDOT will rehabilitate 72 miles of track and additional bridges in Presidio County. The additional work will improve safety and train operations in support of the reconstruction of the international rail bridge. The department received a $7 million federal grant to support that work, TxDOT officials said.

"Restoring this crucial freight connection will create jobs, reduce arduous border wait times, and facilitate the flow of goods and services through the region," said U.S. Rep. Will Hurd (R-Texas), whose district includes over 800 miles on the Texas-Mexico border.

TxDOT expects to bid out the track and other bridge work in spring 2019.