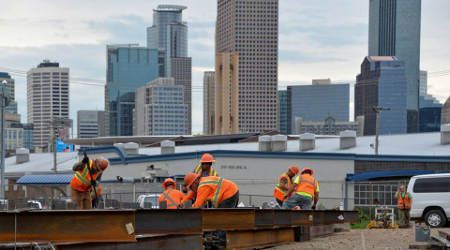 The closure will continue through July 3.

Several sections of curved track in downtown Minneapolis have become worn and need to be replaced, Metro Transit officials said in a Facebook post.

Crews also will adjust light-rail signals so they coordinate with the city's traffic signal network to improve downtown traffic flow.

Additionally, several crossover sections of light rail will be replaced to allow for more flexibility when trains need to move from one track to another during special events, other maintenance work or emergencies.

All the work also will prepare the light-rail system for future expansion, agency officials said.

During the closure, Metro Transit will provide bus replacements along affected portions of the lines.