The Washington State Department of Transportation (WSDOT) is close to wrapping up a multi-year project begun in 2012 to prevent landslides and rail-service disruptions along the Amtrak Cascades corridor.

The department's efforts have included the creation of the Landslide Mitigation Group, which researches landslide causes and locations to identify high-risk areas. 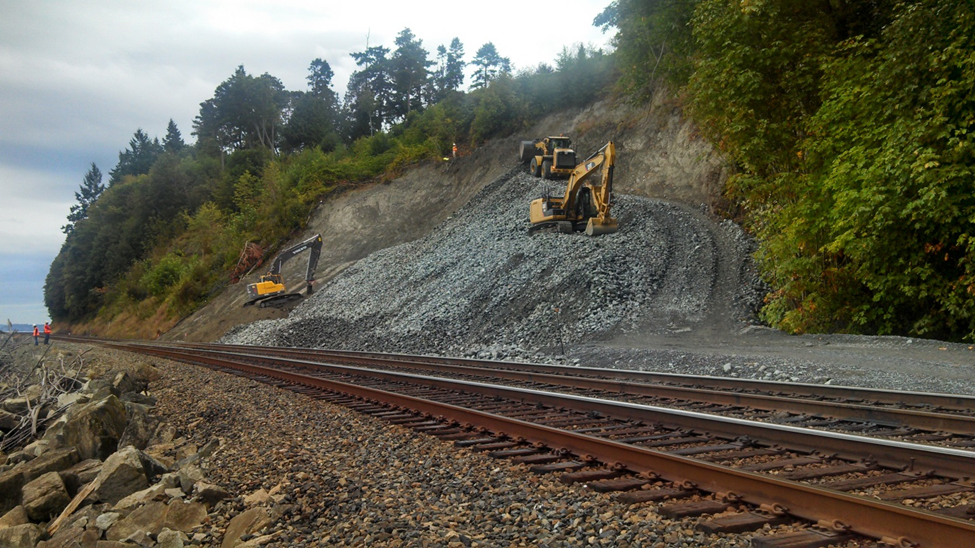 A federally funded program for passenger-rail improvements in the state includes six slope stabilization projects. Two were constructed in 2013 and finished early last year; crews started work on the four remaining sites this summer and expect to complete it this month, according to WSDOT’s website.

WSDOT and BNSF are working together on prevention and repair strategies, including retaining walls, improved draining systems, and erosion control, WSDOT officials said.

The Amtrak Cascades route carried about 232,000 riders last year between Seattle and Vancouver, British Columbia. During the rainy season, service is disrupted when landslides occur along the northern rail line, which is owned by BNSF.

The state received $16.1 million in federal funding to identify, design and construct the slope stabilization projects along track from Vancouver, Wash., to the Canadian border. As a result of the department’s geotechnical studies and historical data, the mitigation efforts have focused on the area between Seattle and Everett.