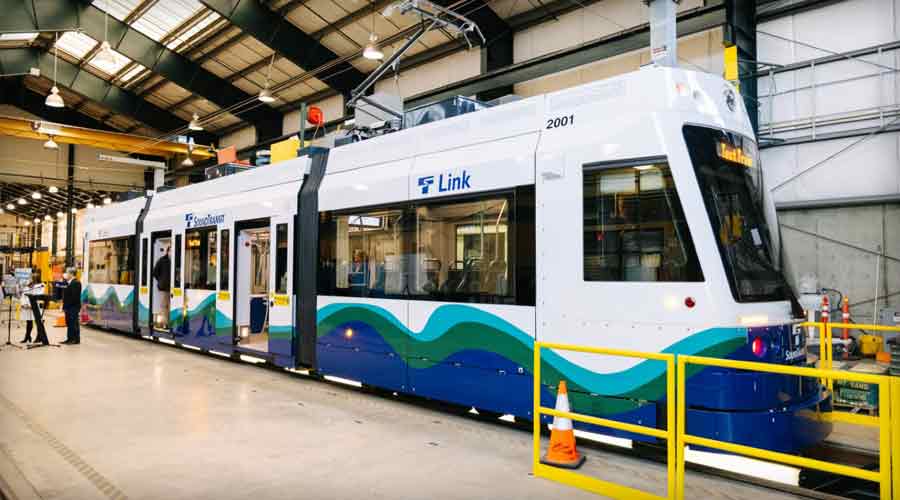 Sound Transit on Tuesday unveiled the first of five new light-rail vehicles destined for use on the Hilltop Tacoma Link extension connecting downtown Tacoma, Washington, to the Hilltop neighborhood.

The five  vehicles are part of a $26.5 million contract with Brookville Equipment Corp. that will more than double the Seattle transit agency’s fleet. The cars are 66 feet long and designed to carry more than 100 riders. Seating is available for 26 people and accommodates those with bikes and wheelchairs, Sound Transit officials said in a press release.

The 2.4-mile Hilltop extension — which is scheduled to begin service in first-quarter 2023 — includes one relocated station and six new stations, offering access to major medical facilities. The transit agency also expanded its operations and maintenance facility in Tacoma during the project.

"The extension of Tacoma Link to the Hilltop will transform how folks are able to get around the city," said Sound Transit Chair Kent Keel. "People can leave their cars at home with greater access to the T Line, Sounder commuter trains and ST Express buses."