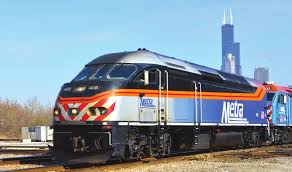 Metra has suspended its search for a vendor to build 367 new rail cars due to changes in state funding, the Chicago-area commuter railroad announced yesterday.

Illinois has put on hold more than $300 million in funding that had been previously budgeted in the railroad's capital program, which means the agency will need to acquire both cars and locomotives over a longer period of time, Metra officials said in a press release.

However, Metra may be able to purchase some of the new cars more cheaply and sooner than expected by working with its peer railroad the Virginia Railway Express (VRE).

VRE has a remaining option to purchase 21 rail cars from Japanese rolling stock manufacturer Nippon Sharyo. Metra, which uses the same type of rail cars as VRE, recently reached out to the Virginia commuter railroad about exercising this option, since VRE may no longer need its full order.

The cost of acquiring the units through VRE was pegged at $2.5 million per car, versus an estimated $3.3 million per car in Meta's initial request for proposals. In total, Metra could save nearly $17 million by buying the 21 cars through VRE instead of following through with its original proposal, Metra officials said.

The delivery of the first set of new cars could take place in early 2018.

In addition, Metra is investigating whether it can acquire and rehabilitate a number of later-model cars from other commuter-rail agencies that may no longer need them.

To pursue those alternatives, Metra suspended its request for proposals indefinitely, with plans to proceed at a later date after exhausting all other alternatives.