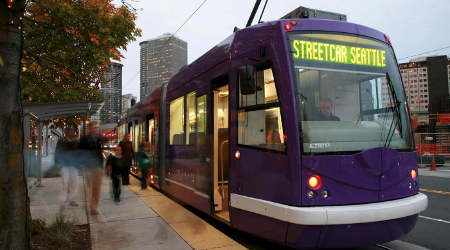 The new vehicles' size difference prompted questions from Durkan's office, which in spring halted work on the project until its costs are reviewed.

"How does the increased weight of the new cars impact the current system? Can the full streetcar route handle the additional weight of the cars?" Durkan administration officials asked in a press release.

They also asked whether the new vehicles would be compatible with the current track gauge and if the tracks would need to be retrofitted.

KPMG is expected to finalize its report in August. The report will be shared with the public.

In an earlier review of the project, the Seattle Department of Transportation (SDOT) found a capital shortfall of $23 million to build the Center City Connector line, which would push the project's total cost to more than $200 million.

In October 2017, SDOT awarded a $50 million contract to Spanish manufacturer CAF to supply 10 streetcars. The contract calls for the streetcars to be 65 feet to 75.5 feet in length, The Seattle Times reported.

The existing Inekon-built streetcars stretch about 66 feet, according to the newspaper.