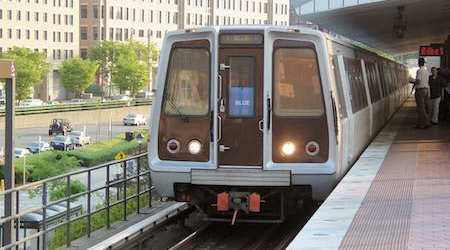 The least reliable of WMATA's fleet, the cars can travel an average of just over 27,000 miles between delays caused by mechanical or other equipment issues, agency officials said in a press release. For comparison, WMATA's 6000-series can travel more than 103,000 miles before encountering such delays.

The first retired 4000-series car is scheduled to be moved off agency property on Feb. 15. Retired cars will be transported to Baltimore, where they'll be scrapped.

Under the "Back2Good" program, WMATA General Manager and Chief Executive Officer Paul Wiedefeld has committed to eliminating all 1000- and 4000-series cars from service by Dec. 31 in order to reduce delays. Rail-car mechanical issues accounted for nearly two-thirds of delays in 2016.

In fall 2016, WMATA removed all 4000-series cars from the lead position of trains following the discovery of a safety issue with the units' automatic train control system.