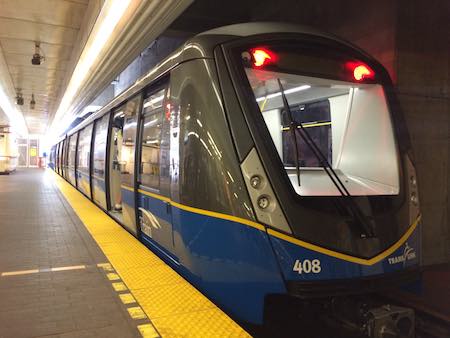 The unit went into service on TransLink's Expo Line SkyTrain route, which is the agency's busiest SkyTrain line. Over the coming months, six additional Mark III trains will be added to prepare the system for the opening of the Evergreen Extension, TransLink officials said in a press release.

The Mark III train features improved LED lighting and a longer-lasting battery system. The train is made up of four connected cars that allow passengers to walk from one end to the other.

The seven Mark III trains cost $91 million (in Canadian dollars) to build and were purchased as part of the Evergreen expansion project.

"In a region that needs expanded transit service, getting the first of these trains into service helps build momentum toward improving transit and transit capacity in the region, and improve services to our customers," said TransLink Chief Executive Officer Kevin Desmond.