The new diesel multiple units will run on separate tracks extending past BART's station in Bay Point, Calif. The trains are different than those arriving as part of the agency's "Fleet of the Future" program. 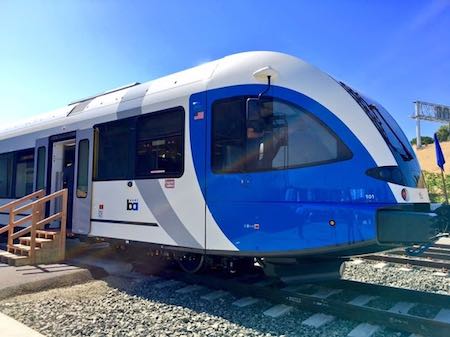 The units are closer to the ground than BART's existing cars and will operate on standard-gauge track instead of the agency's wider track, according to the San Francisco Chronicle.

A total of eight new vehicles are slated to arrive by December, after which BART will kick off a year of state-mandated testing and safety functionality, agency officials said in a press release.

"The arrival of these new BART vehicles and the beginning of testing is a visible reminder of the progress being made to further economic growth and improve access to jobs and vital services for East County’s 250,000 residents," added Dave Hudson, chairman of the Contra Costa Transportation Authority.