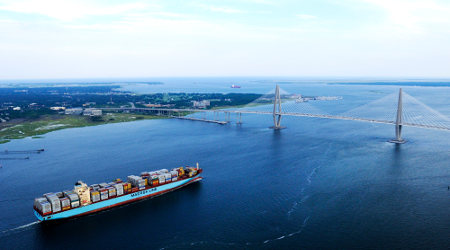 Coupled with financial support from the state of South Carolina, the funds will enable the port to further deepen the harbor to 52 feet, port officials said in a press release.

The USACE funding, in combination with a $50 million loan from the state, will enable the Charleston Harbor to be deepened to the Wando Welch Terminal by early 2021 in a record construction period of 40 months, port officials said.

The project was designated a "new construction start" in the USACE work plan last year and received congressional authorization in December 2016.