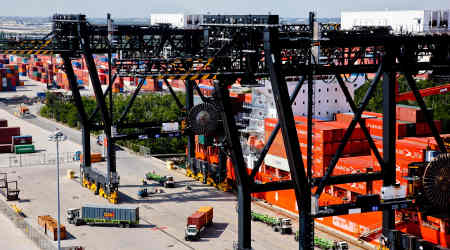 The figure marks a 4 percent increase over the previous fiscal year, and a 1.5 percent over the previous containerized cargo record set in FY2015. The growth was steady throughout the year, but it reached record levels in December and March, Port Everglades officials said in a press release.

Refrigerated produce, apparel, tile and beverages rank among the port's top commodities. The port also is observing growth in machinery and automobile parts as the number of vehicles being shipped in and out of the port increases, said Port Director and Chief Executive Steve Cernak in a press release.

"The volumes of refrigerated produce coming into Florida through Port Everglades from Central America is significant. It represents more than half of all perishable cargo that arrives in Florida by ocean," Cernak added.