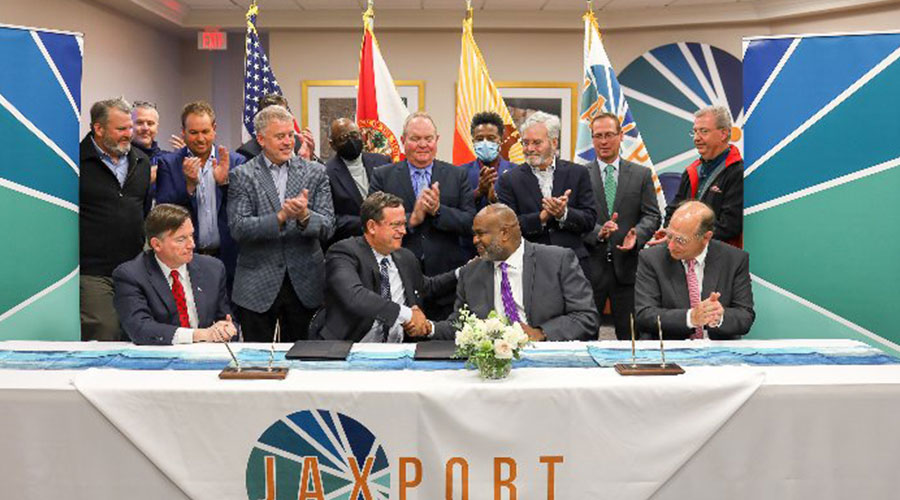 Subject to completion of that sale, Ceres will begin operating the terminal on March 1. The agreement with the port calls for Ceres to lease the container terminal for 20 years for $45 million and invest $15 million in upgrades.

The 158-acre facility is located at the port’s Dames Point Marine Terminal. Ceres has 60 years of experience in operating ports in North America, including six years as the operator of Jaxport’s intermodal yard at Dames Point.

TraPac Jacksonville is Jaxport’s largest single-tenant operated facility by acreage. It features two 1,200-foot-long berths, as well as six post-Panamax container cranes. The terminal has connections to ports in Asia and South America, and recently accommodated a new European container service with Hapag-Lloyd due to congestion at other ports.

“The ongoing supply chain disruption underscores the significance of this agreement and the importance of the capabilities offered by the TraPac Jacksonville facility,” said Jaxport CEO Eric Green in a press release. “When we put together Jaxport’s Strategic Master Plan, our focus was growing cargo volumes and the private sector jobs they support. This agreement is a major step forward in the evolution of that plan.”