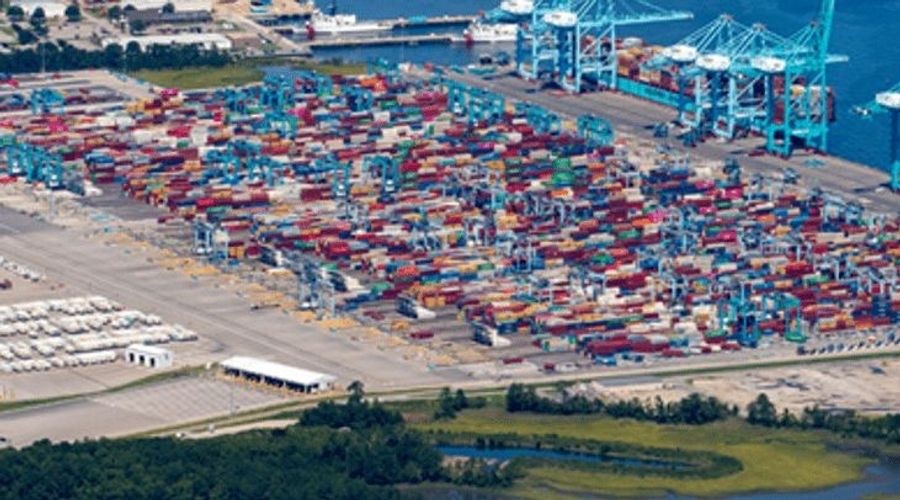 The Port of Virginia last month processed 318,000 20-foot equivalent units (TEUs), which set a new single-month record for the port and was its third consecutive month of volume exceeding 305,000 TEUs.

A surge of cargo volume in the fall months is boosting numbers, port officials said in a press release. They added that the port has processed nearly 445,000 TEUs since August, a 19% increase over last year, with export loads totaling 254,600 TEUs, an increase of 9%. Total TEU volume at the port is 2.9 million, a 28% increase over 2020.

“We are handling record volume with no congestion issues,” said Virginia Port Authority CEO and Executive Director Stephen Edwards in a press release. “The productivity at our gates and rail ramps is exceptional right now."

Port officials don't anticipate a slowdown anytime soon because the long-term challenges to the supply chain are going to be there for some time, he said.

"What we are seeing are more and more cargo owners working with their ocean carriers to diversify their supply chains and The Port of Virginia is very high on their list of considerations," Edwards added.