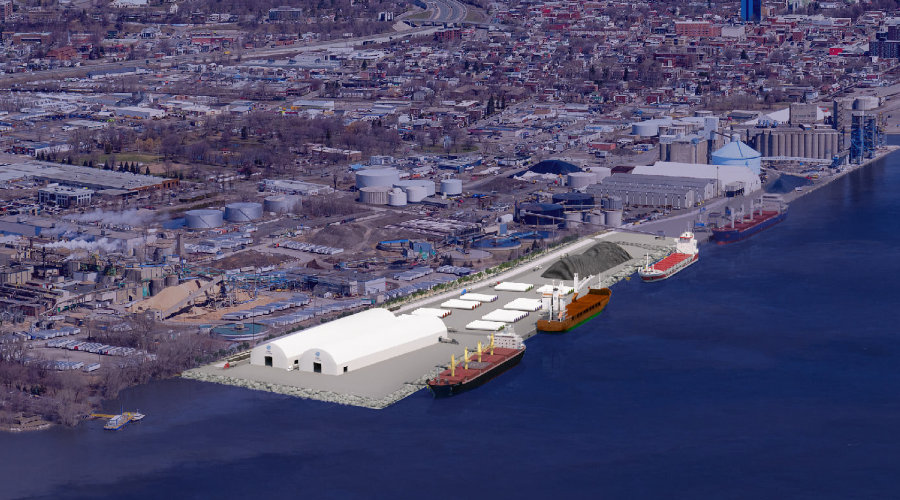 The Impact Assessment Agency of Canada is seeking public comment as part of its environmental assessment of the Trois-Rivieres Port Facilities expansion project in Trois-Rivieres, Quebec.

The public and Indigenous peoples are invited to comment on the potential environmental effects of the project and the proposed measures to prevent or mitigate those effects as described in the proponent's summary of the environmental impact statement, agency officials said in a press release.

Written comments are due Oct. 9.

The Trois-Rivieres Port Authority is proposing a port expansion project to increase the transhipment and storage capacity of the port at its facilities in Trois-Rivieres.

The project would include the construction of a 1 million-square-foot multipurpose terminal at the western end of the port's existing facilities, in continuity with the existing solid and liquid bulk terminal.

This new terminal would extend the port's maritime range by 2,350 feet and would be used for the transhipment of solid bulk and general cargo. The project would also include the construction of three wharves, retaining structures, road and rail access roads and storage spaces. The port is served by CN, Canadian Pacific and Quebec Gatineau Railway.

For more information on the project, the review process and alternative means of submitting comments, visit the agency's website by clicking here.