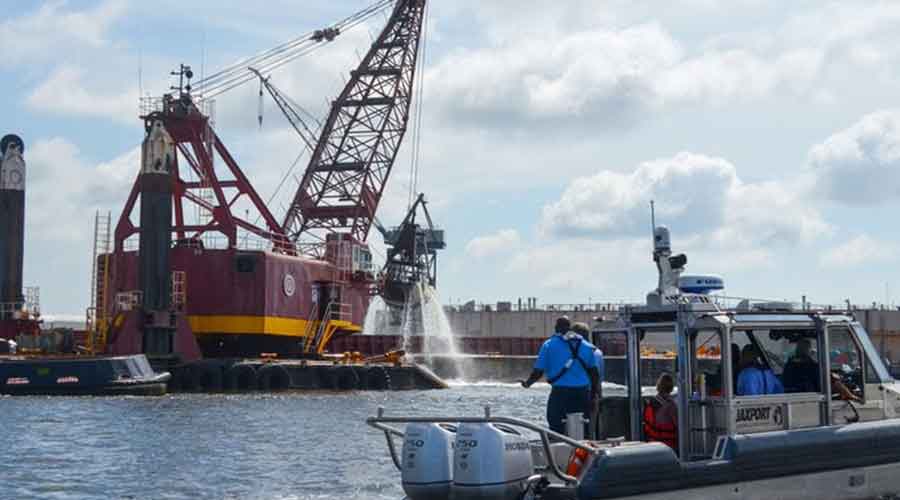 The funding will be used toward the second phase of the U.S. Army Corps of Engineers contract B, which will deepen the project's next 2.5 miles, port officials said this week in a press release.

To date, the state has contributed nearly $71.5 million toward harbor deepening. The state funding, combined with federal funding and financial support from a private tenant, are helping to keep the project two years ahead of schedule. The project is expected to be completed in 2023, based on funding from all partners, port officials said.

The project is divided into four segments, known as contracts A through D. They make up the full length of the 13-mile project. The current funding model covers the projects first 11 miles, or contracts A, B and C.

Contractors for the U.S. Army Corps of Engineers are working simultaneously to complete contracts A and B, which will deepen a total of 8 miles. Contract A is slated to be completed in spring 2020; contract B is scheduled to conclude in May 2021.

Deepening the shipping channel to 47 feet will enable the port to accommodate more cargo on larger ships from Asia, including from Japan, South Korea, China, Vietnam and Thailand. The port's Asian container trade is up 9 percent so far in fiscal-year 2019, which began Oct. 1, 2018, Jaxport officials said.

“The support we have from the state of Florida – combined with support at the federal and local levels and a public-private partnership – all ensures Jaxport will continue to thrive as a global gateway into the Southeast United States, attracting more jobs and economic opportunity to Northeast Florida,” said Jaxport Chief Executive Officer Eric Green.