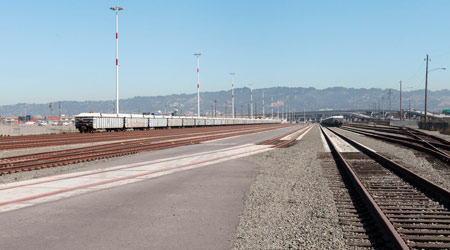 Import cargo volume rose 5 percent in 2018, while exports declined 3.5 percent. The volume of empty containers returned to destinations for future import loads increased 19.7 percent at the port, which is served by BNSF Railway Co. and Union Pacific Railroad.

Port officials cited several factors that helped drive 2018 cargo flows, including a China-U.S. trade dispute that prompted shippers to accelerate import orders ahead of anticipated tariffs; a strong U.S. dollar that made exports costlier overseas; and a buildup of empty containers in the United States that required repositioning to Asia.

"Last year was the busiest one ever at the port for a variety of reasons," said Port of Oakland Maritime Director John Driscoll. "Our objective now is to build on this performance to grow import and export volume."