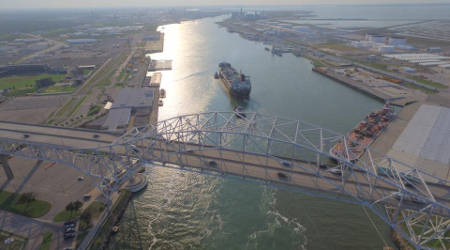 The U.S. Coast Guard last week lifted draft restrictions at the Port of Corpus Christi, although recovery efforts continue at the port after it was impacted by Hurricane Harvey in late August.

The full 47-foot draft of the ship channel is open to vessels, and the daylight-only transit restriction was removed. Vessel traffic remains one way on the Corpus Christi Ship Channel; all other restrictions have been lifted, port officials said in a press release.

The ship channel closed Aug. 24 to all vessel traffic as Hurricane Harvey was bearing down on the Texas coast. After a six-day closure of the ship channel the U.S. Coast Guard Captain of the Port approved the restricted opening of the Corpus Christi Ship Channel. The first vessel arrived at the Inner Harbor on Aug. 31.