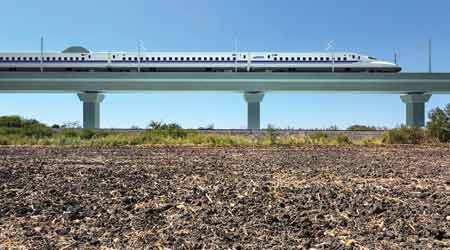 Texas Central has selected global construction and engineering firm Salini Impregilo — operating in the U.S. market with The Lane Construction Corp. — to lead the civil construction consortium that will build the company's proposed bullet train service between Houston and North Texas.

Yesterday's announcement is the latest milestone for Texas Central's efforts to bring a 200 mph train that would connect the state's largest population and economic regions in 90 minutes. The service would include a stop in the Brazos Valley.

As the lead of the civil construction consortium, Salini Impregilo will be responsible for all work up to the top of the rail, including viaducts, embankments and drainage, Texas Central officials said in a press release.

Under the limited notice to proceed agreement, the project's design-build participants will proceed with the front-end engineering and design of the train's civil infrastructure. Other services include optimizing execution approaches, strategies and logistics, as well as performing analysis to develop construction costs and schedule estimates.

Salini Impregilo has experience building more than 4,000 miles of rail infrastructure around the world, including many high-speed rail projects in Europe. The company expanded its U.S. presence in 2016 when it merged with Lane Construction.

"Salini Impregilo's knowledge and experience in designing, building and leading large-scale railway projects across the world is impressive, and its presence in the U.S. market with Lane is also strategic for the project,” said Texas Central Chief Executive Officer Carlos Aguilar.

The Federal Railroad Administration is working on a final environmental review that will help determine the project's timeline and final route.