The Federal Railroad Administration and the departments of transportation in Georgia and Tennessee have released a draft environmental impact statement (DEIS) for a proposed high-speed rail line between Atlanta and Chattanooga, Tenn.

The document presents three corridor alternatives to connect the two cities, along with the potential environmental impacts of each route.

One proposed route would follow Interstate-75; another begins following the same highway before heading east to stop in Chatsworth, Ga. The third route includes a stop in Rome, Georgia.

Capital costs of the routes range from $8.7 billion to $10.4 billion, according to an October newsletter from the Georgia Department of Transportation.

Public hearings have been scheduled in November to gather feedback on the DEIS. 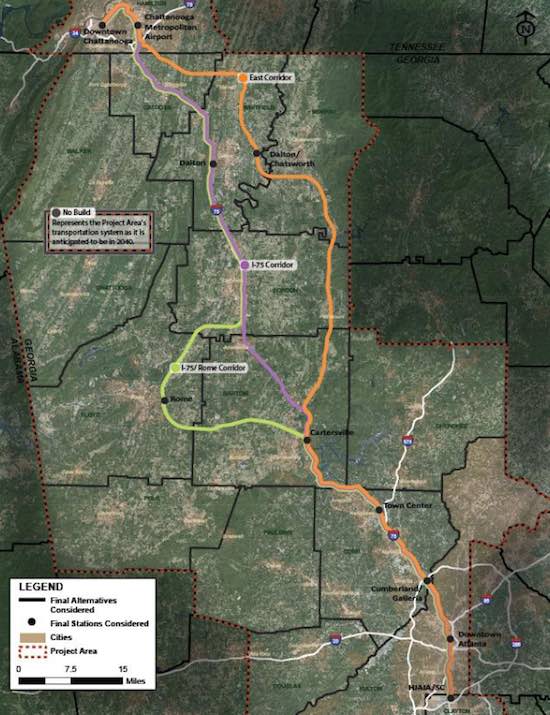