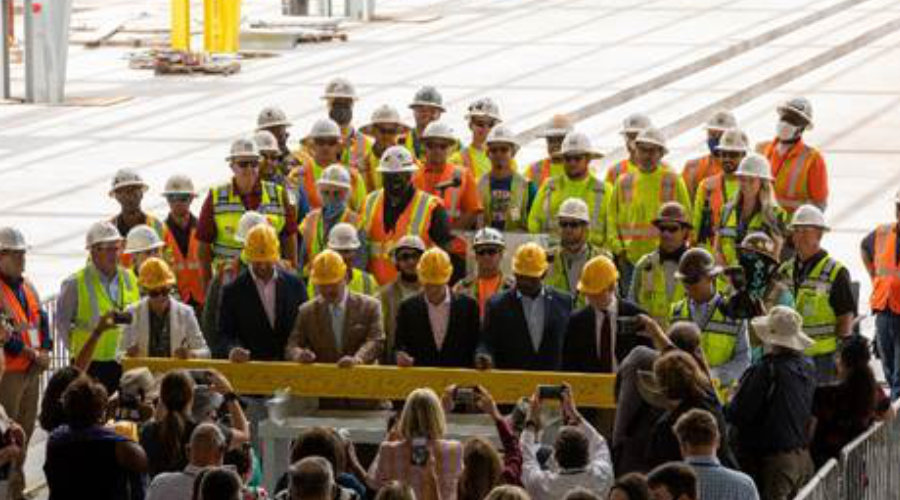 Brightline recently announced a milestone: the privately run, high-speed rail company passed the halfway mark for construction on its extension from Miami to Orlando, Florida.

The company marked the milestone during an event held at the future site of a vehicle maintenance facility (VMF) just south of the Orlando International Airport (OIA). Progress on Brightline’s VMF and 170-mile extension from West Palm Beach to OIA represent the company’s $4.2 billion private investment into the state of Florida, company officials said in a press release.

Attendees signed a 12-foot, bright yellow stick of steel rail, which will be incorporated into Brightline’s track between the OIA station and the VMF.

Once completed, the corridor will connect South and Central Florida (235 miles), making it one of the country’s largest privately financed infrastructure projects. The project is expected to be completed by late 2022.

Brightline has more than 1,000 construction workers on multiple sites for the 170-mile project, which involves 48 bridges, 52,000 tons of steel rail, 1.4 million square feet of retaining walls and 6 million cubic yards of earth embankment.

In total, Brightline’s high-speed rail network will create more than 10,000 jobs and more than $6.4 billion in economic impact over an eight-year period.