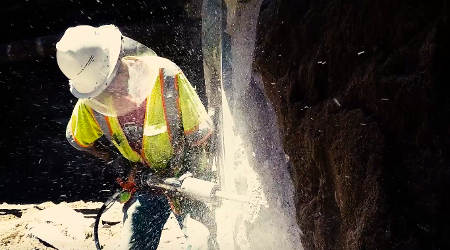 The authority is building a high-speed rail line to connect San Francisco and Los Angeles. Currently, more than 119 miles are under construction as part of three separate construction packages.

"Once we expand out from [California's Central Valley] to the north and the south, there are going to be hundreds of major structures that will need to be built, creating thousands of jobs and new opportunities," Hedges said in a press release.

The Silicon Valley-to-Central Valley segment is expected to be completed in 2029, while the entire route from San Francisco to Los Angeles will wrap up in 2033, which is four years behind schedule. The cost to build the high-speed rail system now stands at $77 billion.