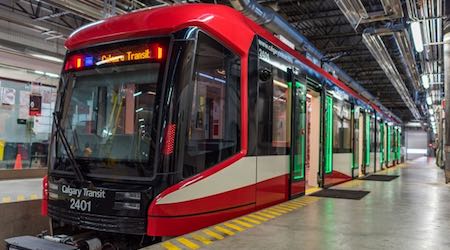 A group of transit projects in Calgary, Alberta, will receive a 136 million Canadian dollar investment after the governments of Alberta and Canada signed a new funding agreement.

The projects include purchasing new light-rail vehicles, the refurbishment of several transit stations and expansion of the Southeast Bus Rapid Transitway, according to a press release issued by the Alberta government.

Buying the new "Mask" C-Train cars for Calgary Transit's light-rail system will enable the agency to run four-car C-Trains, which are capable of carrying 800 passengers at a time, CBC News reported.

More funding for Calgary transit projects will be announced in the coming weeks, Alberta officials said.

"This is an important investment in greater access to efficient, reliable, and safe transit for Calgarians," said Richard Pootmans, deputy mayor of Calgary. "It is also an investment in the economy and mobility for all citizens."

The governments of Alberta and Canada recently signed an agreement that provides the province with CA$1.08 billion in funding under two federal programs.