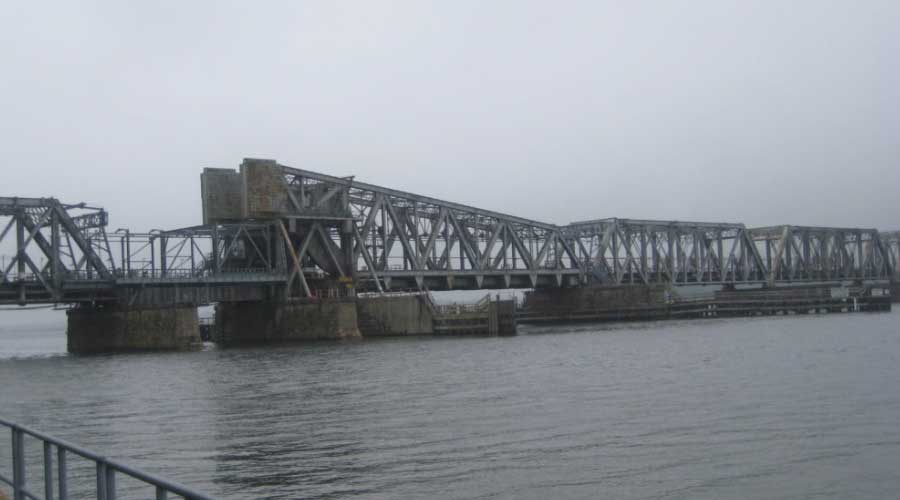 In Connecticut, about $145 million was awarded to help fund the replacement of the Walk Bridge in Norwalk and the Connecticut River Bridge between Old Lyme and Old Saybrook.

Both bridges are over 100 years old and contribute to major chokepoints on the Northeast Corridor, according to a press release issued by the Connecticut Department of Transportation (CTDOT).

Also, Amtrak — in partnership with CTDOT — was awarded $65.2 million in federal funds to assist with replacing the existing Connecticut River Bridge with a new moveable bridge immediately to the south of the existing structure. The replacement bridge will maintain the two-track configuration and existing channel location, and provide a bascule moveable span with additional vertical clearance for maritime traffic.

The project calls for rehabilitating the station's two island platforms, restore the canopies for the platforms and construct an American With Disabilities Act accessible high-level platform with an elevator from the concourse level to facilitate future service expansion for Amtrak, NJ Transit and the Southeastern Pennsylvania Transportation Authority.

Also yesterday, U.S. Rep. Mike Levin (D-Calif.) announced a $9.8 million State of Good Repair grant has been awarded to the North County Transit District (NCTD) in California to modernize train and crossing control systems. The funding will advance the San Diego Next Generation and Grade Crossing Modernization Project, which calls for upgrading signaling and positive train control systems along the Los Angeles-San Diego-San Luis Obispo rail corridor, according to a press release issued by Levin's office.

Current train control and crossing equipment on the San Diego Subdivision pre-dates 1991. The federal grant will be matched with $9.8 million in state and local funding for a total project budget of $19.7 million. The project will be ready to bid by mid-2021.