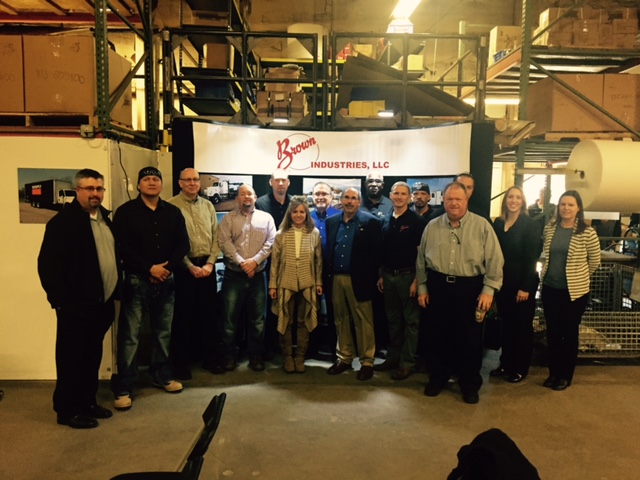 The attendees thanked Jenkins for her leadership regarding an extension of the 45G tax credit, which provides a tax credit of 50 cents for every dollar spent on track improvements. Jenkins introduced the Short Line Railroad Rehabilitation and Investment Act of 2015, also known as H.R. 721, in February. The bill would extend 45G, which expired at the end of 2014.

Jenkins told the gathering at Brown that she would continue to champion their cause through her work.

"Small businesses like Brown Industries, and so many others in the rail industry world, are part of the lifeblood of Kansas and American economies," she said in a prepared statement. "I will continue to fight to ensure that these rail industry businesses have the opportunities they need to grow and compete in an increasingly competitive marketplace." 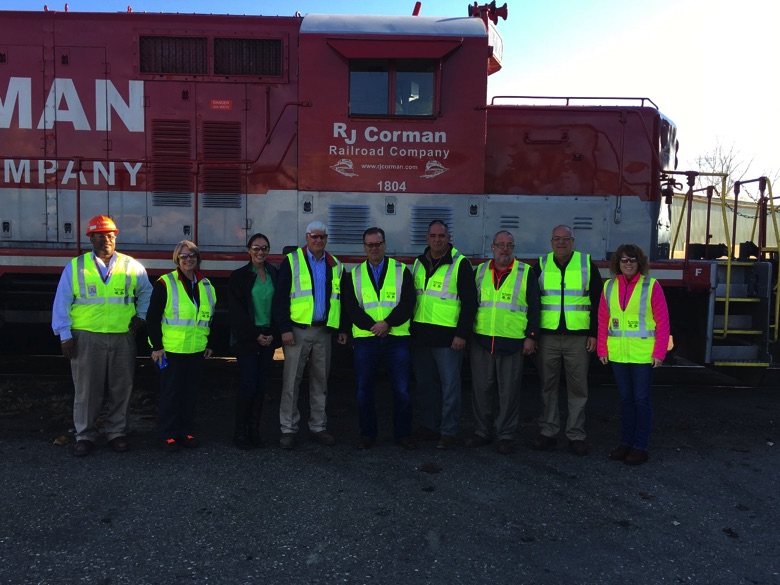 Meanwhile, Gibbs on Monday toured the R. J. Corman facilities. The Cleveland Line (RJCL) is a 55-mile short line between Warwick and Uhrichsville, Ohio. The line interchanges with the Wheeling and Lake Erie Railroad, CSX Transportation and Norfolk Southern Railway, according to a press release.

The tour began at the Dover Yard, where the group discussed R. J. Corman Material Sales business, RJCL’s current operation, as well as upgrades to the RJCL line that were made possible by the 45G tax credit. The upgrades included installation of 8,000 new wood ties this year.

"It was a pleasure meeting the employees and seeing up-close the importance of rail to our national transportation infrastructure," said Gibbs, a member of the House Transportation and Infrastructure Committee. "That is why I cosponsored H.R. 721 which extends a tax credit that is vital to the strength of the short line railroad industry."