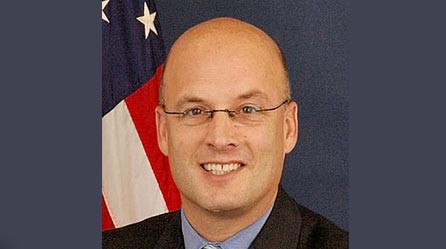 The U.S. Surface Transportation Board (STB) adopted a final rule that will require all Class Is and the Chicago Transportation Coordination Office (CTCO) to report certain service performance metrics to the board on a weekly, semiannual and occasional basis.

The final rule in U.S. Rail Service Issues — Performance Data Reporting Docket EP 724 (Sub-No.4) is an outgrowth of the board's response to widespread service problems that emerged in late 2013 and lasted into 2014.

To remedy a lack of available performance data, the STB asked the Class Is in October 2014 to report publicly certain data on an interim basis, such as average train speed, average terminal dwell time, cars online, dwell time at origin, and coal and agricultural products loading statistics.

For the most part, the final rule follows the interim request with modifications that were based on public comments and the STB's experience with data under the interim order.

"I am very pleased with the contents of this final rule, which will allow the Board to effectively monitor operating conditions in the railroad industry," said STB Chairman Daniel Elliott III in a press release.

In a separate decision, the STB announced this week that it issued a final rule implementing passenger-rail related dispute resolution provisions of Title XI of the Fixing America's Surface Transportation (FAST) Act of 2015.

The FAST Act clarified and augmented the STB's existing adjudicatory responsibilities related to Amtrak. Specifically, FAST Act provisions addressed STB adjudication of disputes over Amtrak cost recovery for its operation of state-supported routes, and costs allocated to states in their use of rail facilities for commuter-rail operations in the Northeast Corridor.

The act required the board to establish procedures for resolving those disputes, which may include the provision of professional mediation services.