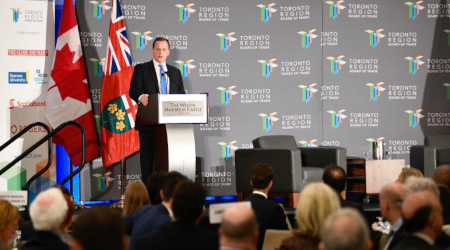 Ontario Minister of Transportation Jeff Yurek announced yesterday the “Getting Ontario Moving Act,” which includes measures to “cut red tape” and work around “burdensome regulations” that have prevented subways from expanding or being build, according to a press release from the Ministry of Transportation’s office.

"We campaigned on a promise to take action to transform public transit and that is exactly what we are doing," Yurek said. "And that is why [today], our government will introduce legislation that if passed would upload the Toronto subway infrastructure, allowing us to get shovels in the ground and get new subways built faster."