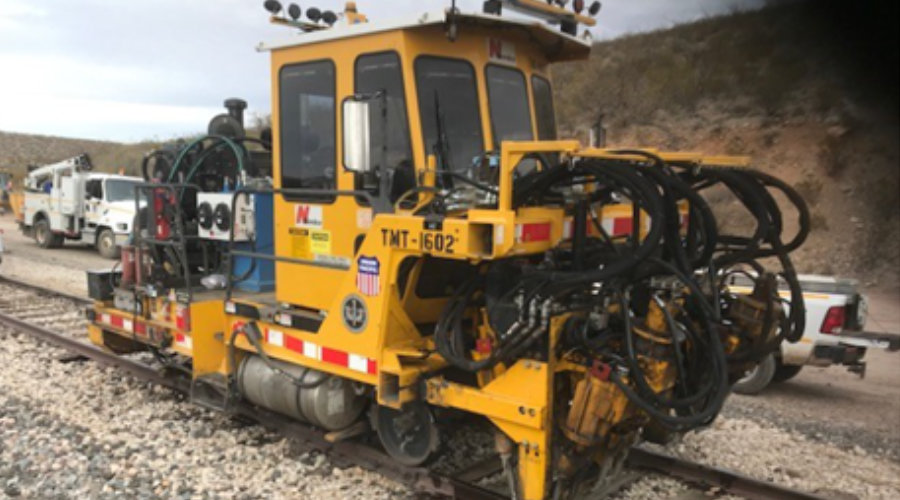 The National Transportation Safety Board (NTSB) is investing a Jan. 31 accident near Vail, Arizona, that resulted in the death of a Union Pacific Railroad employee.

The worker died after being struck by a track maintenance tamper (TMT), which was tamping wood crossties on a main track. The employee was airlifted to a hospital, where he later died because of his injuries, according to the NTSB's preliminary report issued yesterday.

The employee who was struck was inspecting crossties prior to the accident. If a crosstie needed tamping, he marked the center off the crosstie with paint to notify the TMT operator to work at that location, according to the NTSB report.

At the time of the accident, the employee was walking between the rails and in front of the TMT. The TMT operator completed tamping a crosstie and began to move forward to the next crosstie to be tamped. The operator stated that he attempted to stop the equipment at that crosstie, but the TMT continued forward and struck the employee.

The NTSB's investigation is ongoing, with future activity focusing on UP operating rules and the mechanical condition of the TMT. The investigation also will examine on-track safety procedures when employees are working at or near moving maintenance machines.

The NTSB preliminary report can be read here.