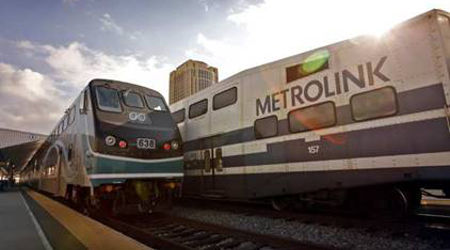 Metrolink's leaders have asked Congress to maintain a tax deduction benefit for businesses that provide transit passes to their employees.

A proposal in the U.S. House's version of the Tax Cuts and Jobs Bill would remove the federal deduction for public transportation benefits. The change could eliminate the incentive for employers to encourage their workers to use public transit, Metrolink officials said in a press release.

Removing the tax benefit also would "result in an effective tax hike for hundreds of businesses and thousands of employees" in Metrolink's Southern California service area, wrote Metrolink Chairman Andrew Kotyuk in a letter to U.S. Rep. Kevin Brady, Chairman of the House Ways and Means Committee.

More than 280 companies in the Los Angeles metropolitan area offer tickets and passes to their employees.

Earlier this month, the American Public Transportation Association (APTA) expressed concern about the proposal to remove the public transit tax deduction in the U.S. Senate's version of the bill. APTA leaders also said that the House version of the tax bill fails to address long-term solvency of the Highway Trust Fund.