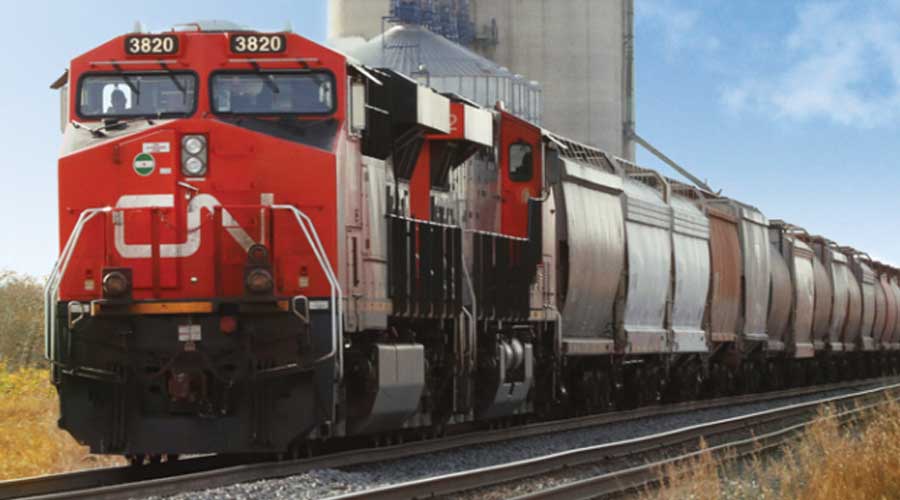 CN has set a new grain-hauling record for the 11th consecutive month by shipping more than 2.95 million metric tons (MMT) of Canadian grain and processed grain products via carload in January.

CN also is breaking records of more than 600,000 metric tons of grain moving direct from western Canada via container, in addition to volumes shipped from eastern Canada, they said.

"We know that harsher weather is always just around the corner, so it is critical that we keep up the pace and collaboration that we have seen in the first half of the crop year to keep goods moving," said Rob Reilly, CN executive vice president and chief operating officer.

CN's ability to deliver record amounts of goods is largely due to its investments in capacity, company officials said. Since 2018, the Class I has invested more than CA$10 billion in track, locomotives and rail cars, including the purchase of more than 2,500 new high-capacity grain hopper cars.