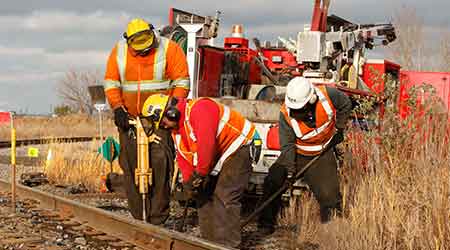 CN today announced it closed the acquisition of The TransX Group of Cos., one of Canada's largest and oldest transportation firms.

TransX provides various transportation and logistics services, including intermodal, truckload, less than truckload and specialized services. The company will continue to be based in Winnipeg, Manitoba, and operate independently.

CN and TransX have been supply chain partners for many years. With the acquisition, [we] will continue to support the wholesale and beneficial cargo owner customers, including in the growing, service-sensitive refrigerated transportation business,” said Keith Reardon, CN's senior vice president of consumer products supply chain growth, in a press release.

CN also announced plans to spend about CA$370 million in Alberta and CA$345 million in British Columbia this year to bolster infrastructure.

The allocations are part of CN's record CA$3.9 billion capital expenditure program for 2019. Over the past five years, the Class I has spent more than CA$1.4 billion in Alberta on its 2,484-mile network and CA$1.2 billion in B.C. on its 2,806-mile network. Last year, the Class I budgeted CA$320 million and CA$340 million for work in Alberta and B.C., respectively.

"Following a record capital program in 2018, [we] have been able to take on more traffic from different commodity sectors based on contracts with our customers," said Doug Ryhorchuk, vice president of CN's Western Region.

In B.C., planned expansion projects this year include the construction of a siding in Port Edward and 2.5 miles of double track west of Prince George. CN also plans to advance multiyear initiatives to increase capacity at the Port of Vancouver in collaboration with the government of Canada and Vancouver Fraser Port Authority.

As for track maintenance in the province, the Class I expects to replace about 115 miles of rail, install more than 210,000 ties, rebuild 38 crossing surfaces, and complete work on culverts, signal systems and additional track infrastructure.