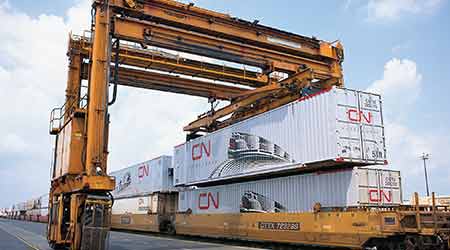 CN today announced it reached an agreement to acquire The TransX Group of Cos., one of Canada’s largest and oldest transportation companies.

TransX provides various transportation and logistics services, including intermodal, truckload, less than truckload and specialized services. The 55-year-old company will continue to be based in Winnipeg, Manitoba, and operate independently, CN officials said in a press release.

Terms of the deal weren’t disclosed, and the acquisition is subject to regulatory review by Competition Bureau Canada and Canada’s Ministry of Transportation.

Source Energy will deliver northern white proppant to the wells via CN from its frac sand terminal in Wembley, Alberta. A second unit-train track recently was added at the terminal, which now features the capacity to transload more than 200,000 metric tons of frac sand per month.