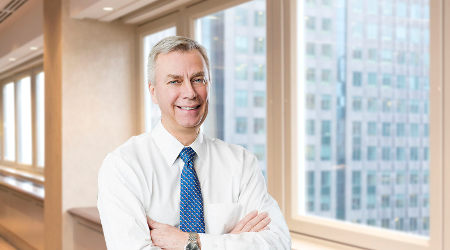 CN announced today it will buy 350 centerbeam cars to meet a growing demand from lumber-producing customers across the Class I's network.

The new, 73-foot riserless centerbeams will have a maximum load capacity of 286,000 pounds and are expected to be delivered starting in September, CN officials said in a press release.

CN also is considering an option to purchase or lease another 300 centerbeam cars.

"We are investing to move the economy as we put the rolling stock, infrastructure and people in place to serve the growing needs of our valued customers," said JJ Ruest, CN's interim president and chief executive officer. "These additional centerbeams, combined with our recently announced acquisition of 350 additional box cars, give us the tools to put more capacity at the disposal of business partners such as West Fraser. CN needs to and will do better moving lumber to market."

National Steel Car will manufacture the cars at its plant in Hamilton, Ontario. The company has been building new freight cars for CN since 1919, said Gregory Aziz, chairman and CEO.

"This order will result in the hiring of over 250 employees at our Hamilton assembly plant, which currently employs more than 1,500 people, and will provide extended benefits for Hamilton and the Canadian economy," Aziz said.

CN's announcement did not indicate how much the Class I would invest in the rail-car purchase. However, this spring the railroad started its largest-ever infrastructure investment program, which includes CA$400 million to build new track and yard capacity to handle increased traffic across CN's western region and to Chicago.