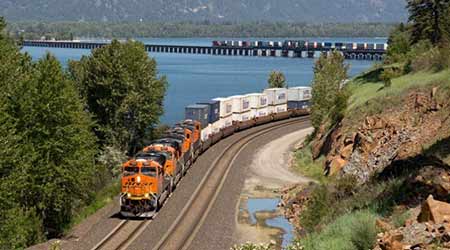 The Coast Guard is soliciting public comments on the proposed projects until March 25, according to a notice on the Federal Register.

BNSF proposed the project because the single-track configuration has become an operational constraint, resulting in congestion on the Class I's mainline, yards and sidings as trains wait for clearance to cross the existing single-track bridges, according to the draft EA.

Moreover, trains waiting to cross often block vehicular traffic at public and private grade crossings. According to BNSF, the project will relieve the congestion and allow for a more efficient movement of trains through the Lake Pend Oreille region.