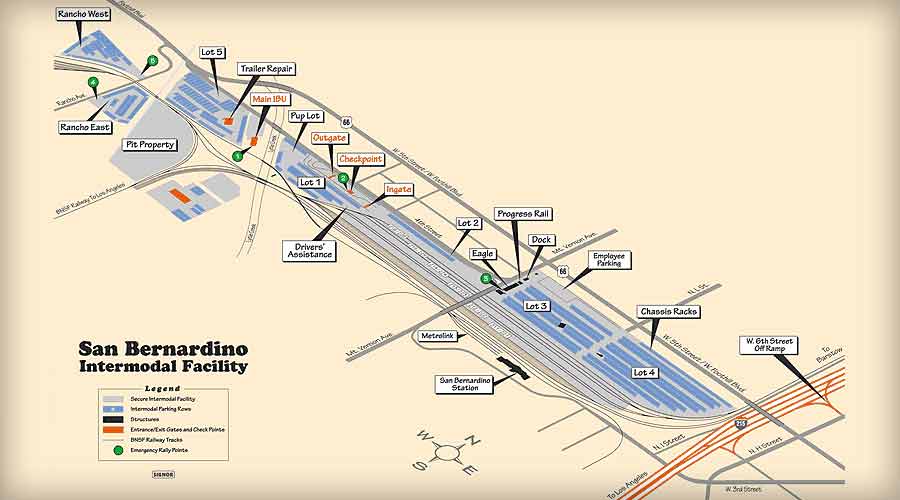 The project is designed to expedite the flow of trains through the yard. About 4.3 miles of a new fourth main track will be added in two segments along the current BNSF corridor from the Class I's overpass at State Street/University Parkway to the intermodal facility.

As a result, the movement of goods will be enhanced along a key BNSF east-west route that connects the ports of Los Angeles and Long Beach with the rest of the nation, BNSF officials said in a press release.

The project now moves into final design and engineering phase, with construction expected to be completed by 2024.

"We're pleased that this project is moving forward, as it reflects our continued commitment to improve efficiency for our customers, while providing important benefits to the local community," said Tom Williams, group vice president of BNSF's consumer products business.

The project will also have sustainability benefits. By eliminating track bottlenecks that forced trains to wait to enter the railroad's facility, train idling will be reduced by 43%, with commensurate noise and air quality improvements, BNSF officials said. In addition, the Class I is investing in new and enhanced roadways with new sidewalks and lighting, as well as stormwater, drainage and other improvements that exceed what is required.

Earlier this year, BNSF announced a $3.55 billion 2022 capital investment plan, of which $283 million is allocated to California, including the San Bernardino project.