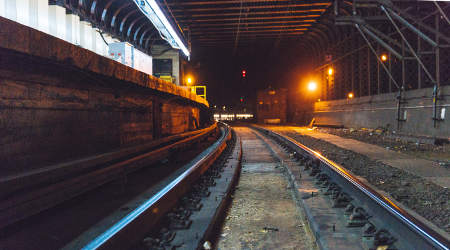 Amtrak this week announced its plans for infrastructure renewal work at New York Penn Station during the summer.

The projects will feature what Amtrak describes as critical reconstruction of three major rail assets in New York City: the Empire Tunnel and Spuyten Duyvil Bridge, which provides access between Upstate New York and Penn Station, as well as renewal work on the station's Track 19.

The projects' total cost will range from $45 million to $50 million.

The projects will require the Empire Service, Ethan Allen Express, Adirondack and Maple Leaf trains to be rerouted from Penn Station to Grand Central Terminal from May 26 to Sept. 4. The Lake Shore Limited will operate only between Boston and Chicago, with New York City and Hudson Valley customers connecting from Empire Service trains at Albany-Rensselaer, Amtrak officials said.

This summer's projects are not expected to be as disruptive to passengers as last summer's infrastructure work at Penn Station, they added. This summer's Track 19 work will be performed from June 8 through July 20.

"Amtrak is continuing to prioritize updating the infrastructure in and around New York Penn Station to improve our service reliability," said Amtrak Executive Vice President and Chief Operating Officer Scot Naparstek. "We thank our partners for their coordination and flexibility as we continue this important and necessary work."