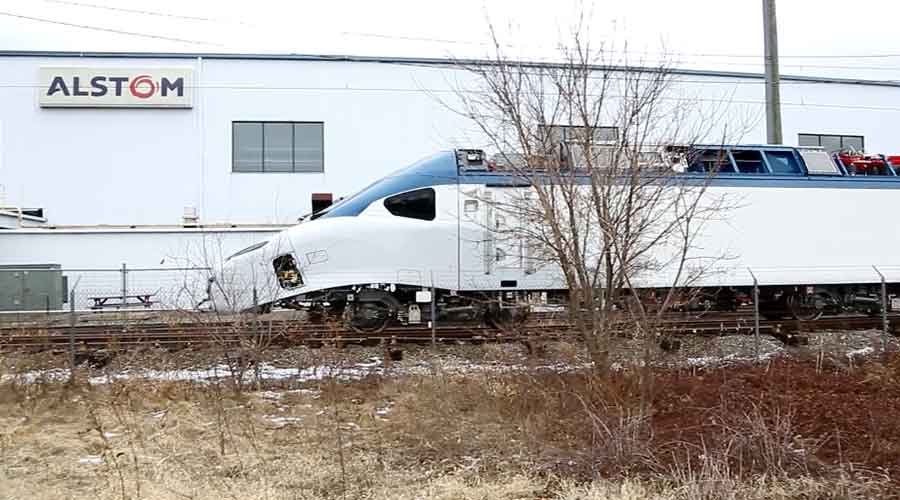 The Federal Railroad Administration (FRA) has signed off on Amtrak's permit application for a one-time movement of its next-generation high-speed train from the Alstom production plant in Hornell, New York, to the FRA's test track in Colorado, U.S. Sen. Chuck Schumer (D-N.Y.) announced yesterday.

Earlier this month, Schumer called on the FRA to fast-track Amtrak's permit application so that the train can be moved to the Pueblo, Colorado, facility, where the train will be inspected and tested for safety.

In a statement issued yesterday, Schumer praised the FRA for quickly approving the permit.

"These new trains, once fully produced, will be a true-win-win that will improve rail service," he said.

Meanwhile, Amtrak yesterday unveiled a new video of the first train, which Amtrak officials said will be moving to the test track in Pueblo in mid-February. The train is the first of 28 trainsets that are being produced at the Alstom plant and will be tested in Pueblo.

Amtrak's new Acela fleet is set to enter service in 2021. The video of the first train can be viewed by clicking on this link.