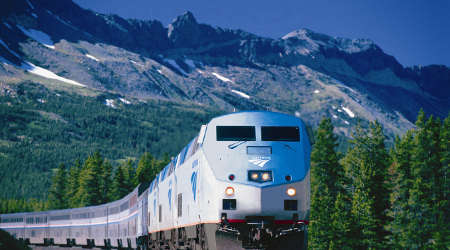 The U.S. Senate has passed an amendment directing Amtrak's Inspector General to update an earlier audit of the impact of the railroad's "poor" on-time performance, U.S. Sen. Dick Durbin (D-Ill.) announced this week.

The measure was voted on as an amendment to appropriations legislation that the Senate is considering this week.

The new audit's objective is to assess the financial impact of Amtrak's on-time performance.

In 2017, the national intercity passenger railroad's long-distance trains were on time at stations just 45 percent of the time, according to an email from Durbin's office. In addition, Amtrak's trains last year were delayed by more than 17,000 hours due to freight trains on host railroads, marking a 35 percent increase over 2016.

"On-time performance has a direct impact on the number of people who ride Amtrak trains, how frequently they use them and how much they use them," Durbin said on the Senate floor.

In a statement, Amtrak officials said they appreciate the bipartisan effort to "bring more transparency to this topic."

"On-time performance is one of the biggest factors in Amtrak customer satisfaction and has been an ongoing challenge," they said. "We look forward to the report from the Inspector General."

Last week, a federal appeals court ruled that Amtrak and the Federal Railroad Administration should be allowed to set their own standards for measuring on-time performance of passenger-rail standards.