UP to speed up trains in Modesto, Calif. 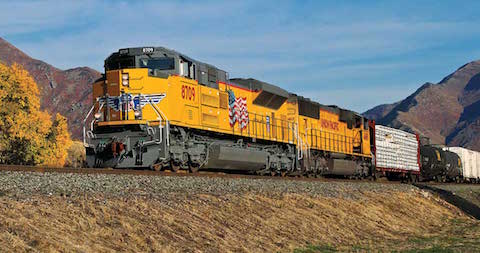 Union Pacific Railroad will increase train speed from 40 mph to 60 mph on 4 miles of rail line in Modesto, Calif., as a result of recent track upgrades.

UP will speed up trains starting Nov. 15 on a stretch of track in between Plaza Parkway and River Road, according to a company press release.

UP invested $11.7 million for Modesto-area track improvements over the past 10 years. The Class I plans to invest $121.6 million this year to improve California's transportation infrastructure. That investment will include $104 million to maintain railroad track in the state.