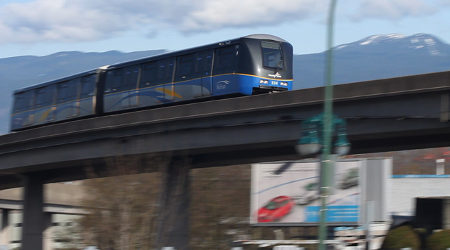 Valued at $400 million, the bond marks the agency's largest bond issuance since it started financing projects through debt capital markets in 2010, TransLink officials said in a press release.

Bond proceeds will fund projects in the agency's 10-Year Vision, the largest transit expansion in Vancouver to date. The plan includes SkyTrain's Broadway subway extension and construction of the new Surrey light-rail line.

Demand for green bond remains high in the investment community, and the response to TransLink's issuance was "significant," agency officials said. The agency last month announced plans to issue the green bonds.

"TransLink is committed to a sustainable future, and we're lining up all our actions to reflect that," said TransLink CEO Kevin Desmond. "Our customers, our community and our investors want this, and we are responding."