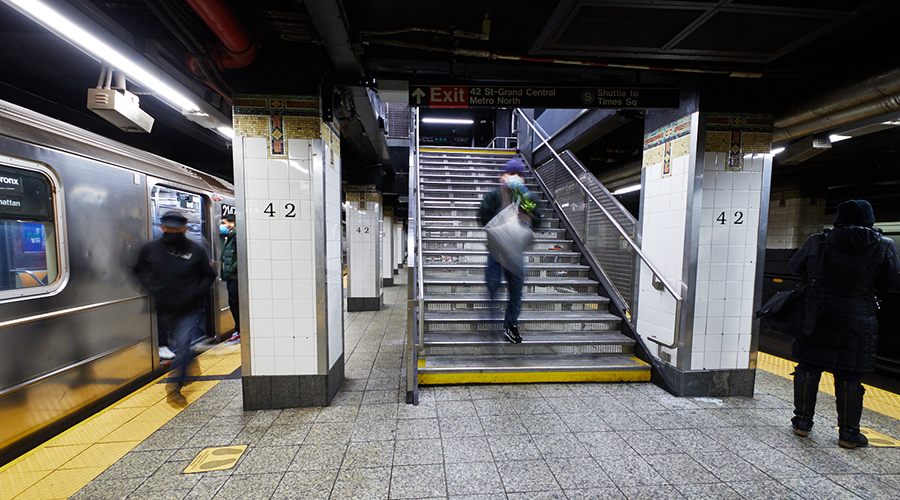 Vossloh Signaling USA has announced its divestiture from parent company Vossloh AG and a name change to Apex Rail Automation. Apex Rail Automation designs and manufactures products and systems for both mainline track and yard operations for Class Is, short lines and transit agencies. "We are excited to operate on a standalone basis allowing us to move quickly and develop new solutions for our customers. Furthermore, with the support of our new investor [Shackleton Equity Partners], we can invest in our personnel, facilities and working capital," Apex President David Ruskauff said in a press release.

Stantec has completed design work on a $220 million transit improvement project at One Vanderbilt Avenue, New York City. The improvements include a 14,000-square-foot plaza on Vanderbilt Avenue between Grand Central Terminal and One Vanderbilt. The plaza includes a public transit hall, accessible concourses and corridors, enhanced connections to the MTA Metro-North Railroad and future access to a planned MTA Long Island Rail Road station, Stantec officials said in a press release. Stantec’s scope of work included preparation of all transit-related designs and coordination of approvals between multiple MTA agencies.

CAI International Inc. has completed the sale of its remaining rail-car fleet to Infinity Transportation for $228.1 million. “The closing of the sale … completes the commitment we made to divest our noncore assets and will allow us to maximize shareholder returns by focusing all of our resources on our core container leasing business,” CAI Interim President and Chief Executive Officer Timothy Page said in a press release.

Alstom has finalized a deal to invest $7 million in Cylus to acquire a minority stake in the rail cybersecurity company. The investment will give Alstom one seat on Cylus' board. The deal includes an agreement for a commercial partnership. Together, Alstom and Cylus will integrate cybersecurity technology into railway processes, components and solutions. The technology will be implemented first on the Tel Aviv metropolitan light-rail system, Alstom officials said in a press release.

Focused Technology Solutions (FSI) announced that 2020 was the strongest financial year in the company’s three-year history. In 2020, FSI released its battery-operated tool platform, including the DrillEase, LagEase and SpikeEase. The company also launched a battery-operated spike driver, SpikeForce, which is planned to hit the market in January 2021, FSI officials said in a press release.