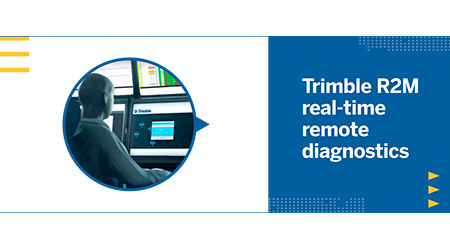 Swedish train operator SJ has selected the Trimble® R2M real-time remote diagnostic system, along with the Trimble C2M component condition monitoring system. The systems are designed to improve real-time status monitoring and analytics capabilities by accessing up-to-date fleet status, Trimble officials said in a press release. The technologies also can help reduce costs and improve safety. Trimble R2M processes diagnostic data from rail vehicles to provide a comprehensive view of overall fleet status, including specific and potential vehicle faults. The C2M system, on the other hand, analyzes and detects anomalies with particular component behavior and uses the information to identify impacts on maintenance and service, according to Trimble.

Ferrellgas Partners LP announced the sale of Bridger Rail Shipping LLC's tank cars to an undisclosed buyer. Bridger Rail Shipping is a subsidiary of Bridger Logistics, which is a subsidiary of Ferrellgas. The transaction consisted of 1,072 rail cars, including 300 DOT-117 units and 772 CPC-1232 units. Most of the CPC-1232s are in storage and incurring storage fees, while all of the DOT-117s are leased to a third-party under a multiyear contract. The cash purchase was valued at $47 million, according to a Ferrellgas press release. Proceeds from the transaction will be used to reduce outstanding debt on Ferrellgas' secured credit facility. Ferrellgas officials decided to exit the rail-car business due to changes in the market, said James Ferrell, interim chief executive officer and president.

Presto Geosystems has released results from track research aimed at quantifying the reinforcement benefits of its GEOWEB-confined ballast compared to unconfined ballast. Conducted by Oregon State University and the University of Kansas, the research demonstrated that the product reduces ballast movement and settlement. The results also showed that GEOWEB can decrease subgrade pressures and increases stability and rail performance, Presto Geosystems officials said in a press release.