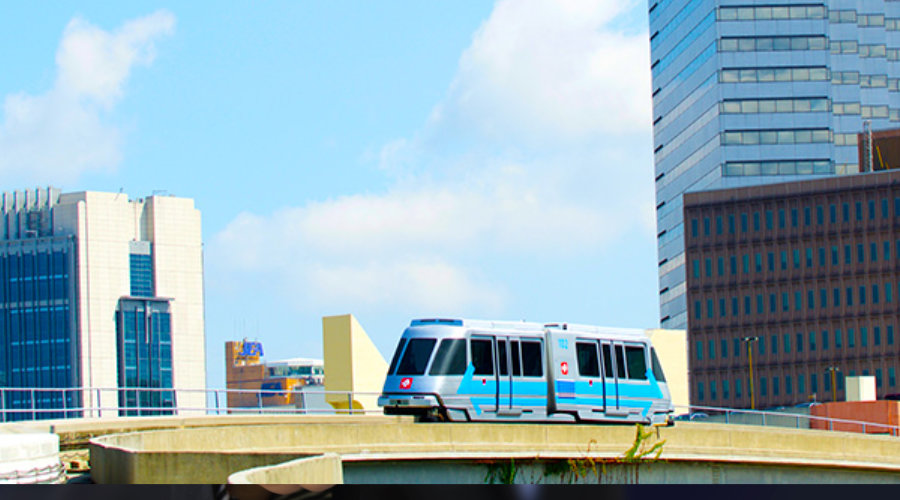 The Balfour Beatty Vision 2 Reality team earlier this month was selected to deliver the Bay Street Innovation Corridor project on behalf of the Jacksonville Transportation Authority (JTA) in Jacksonville, Florida. The selection followed the conclusion of a two-step procurement process to launch what will be the first phase of the JTA's Ultimate Urban Circulator autonomous vehicle service in downtown Jacksonville. The circulator is JTA's vision for the conversion and expansion of the Skyway automated people mover system in downtown Jacksonville and the surrounding neighborhoods. When completed, the system will expand the current Skyway from a 2.5-mile system to a 10-mile circulator.

Progress Rail subsidiary ECM S.p.A. has been selected to design, supply and install an ETCS Level 1 onboard automatic train protection (ATP) system on 70 locomotives for the State Railway of Thailand (SRT). As part of the SRT strategy to modernize its rolling stock fleet, ECM and local company GLI Grandline Innovation have been awarded a contract to implement the ATP system.

NSH USA Corp., formerly Simmons Machine Tool Corp., recently purchased the land and buildings at 47 Broadway in Albany, New York for the construction of a new manufacturing technology center. Located next to NSH USA's headquarters, the property will support the expansion of the company’s current manufacturing footprint and accommodate the Niles Technical Application Center. The new facility will also contain a Niles-Simmons N30 MC turn-mill machining center as well as other demonstration machines from the NSH Group’s members.

The Greenbrier Cos. Inc. announced the renewal and extension of three bank facilities totaling more than $1 billion. Greenbrier successfully renewed and extended its $600 million domestic revolving facility and $292 million term loan five years while its Greenbrier Leasing subsidiary's non-recourse $200 million term loan was renewed and extended six years. Following this activity, Greenbrier has no material debt maturing in the next five years and staggered maturities beginning in 2026 and into 2028.