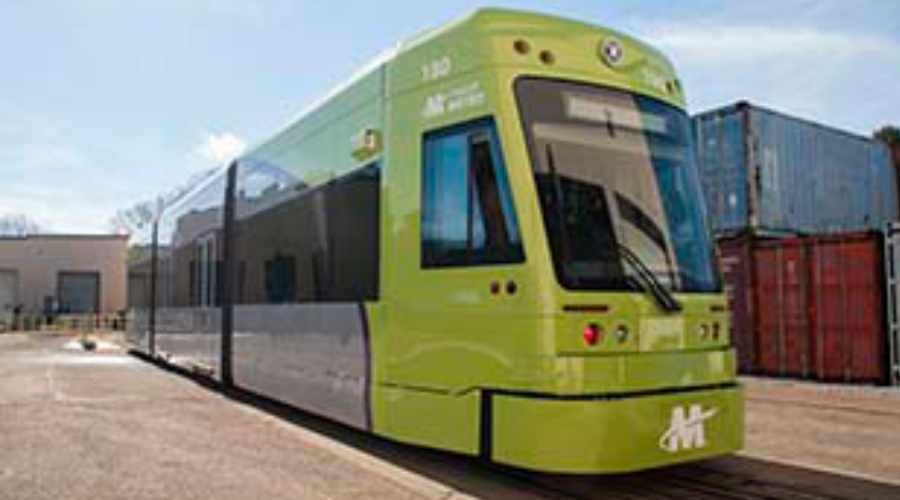 Brookville Equipment Corp. recently delivered the first of six Liberty® NXT Streetcar vehicles to Valley Metro for its Tempe Streetcar system in Arizona. The 72-foot-long vehicles were delivered as part of a $33 million contract for the design, build and test of the streetcars for the three-mile system, which is slated to open this year. The Liberty NXT Streetcars will use a lithium-ion battery onboard energy storage system to traverse sections of the alignment without dependence on an overhead catenary system. The streetcar batteries will recharge while connected to areas where there is overhead wire.

Progress Rail has entered into an agreement with Bodi International for the purchase of 16 EMD® SD70ACeLW locomotives to support operations on the 155-mile railway now under construction in Mongolia. The new locomotives feature 16-cylinder EMD 710 Series engines, rated at 4,500 BHP. The engines are compliant with the International Union of Railways and EU Stage IIIA emissions standards. Tavan Tolgoi Railway Co., which is owned by the Mongolian government, will operate the railway. Construction is expected to wrap up in 2022.

Teleste announced it will provide its on-board solution for Alstom's Cardia Stream trains in Italy. The companies have agreed on deployment of Teleste's solution to 31 of Alstom trains with Ferrovienord, which manages the railway network in Lombardy. The deliveries will begin this year. The agreement includes an option for an additional 30 trains.

Hatch LTK yesterday marked its 100th anniversary. The transportation engineering company was founded in Philadelphia by Louis Tobias Klauder, who was the sole employee at the time. Over the years, the firm grew to more than 450 employees in 23 offices in four countries, including China and Australia. In November 2020, LTK merged with Hatch, a global-engineering, project-management and professional-services firm with 9,000-plus employees in the mining infrastructure and energy sectors.