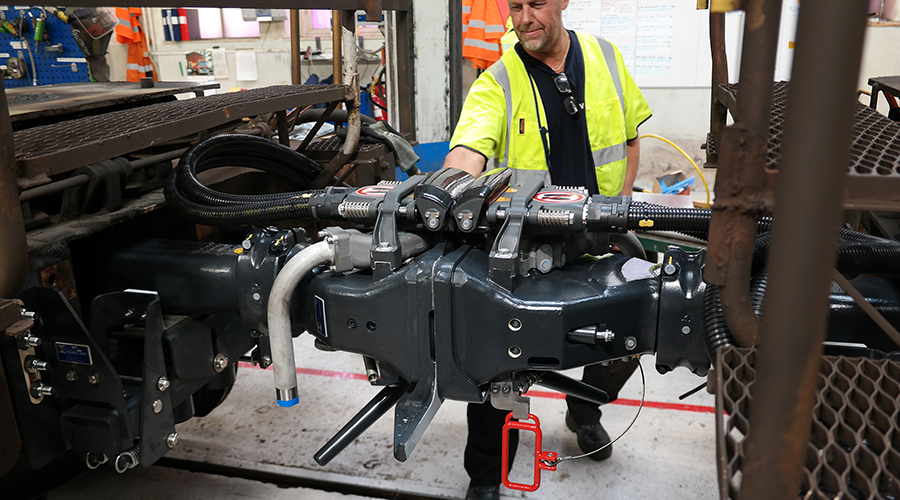 Voith is participating in a program with four other manufacturers to test automatic freight coupler types in Europe. The test series is being commissioned and financed by the Federal Ministry of Transport and Digital Infrastructure in Germany and Shift2Rail in Sweden. By spring 2021, the commissioning parties will decide which coupler head will be introduced as a standardized coupler head Europe-wide, Voith officials said in a press release. Voith is testing its CargoFlex coupler on test cars of DB Cargo and GATX in Germany as well as Green Cargo in Sweden.

STV hired Jerry Stump as senior vice president and eastern region manager of the firm’s transportation and infrastructure division. He will oversee business operations and strategic initiatives for the firm’s Northeast, Mid-Atlantic, Southeast and Midwest offices. Stump has nearly 40 years of industry experience.

Cincinnati-based Logikor LLC this month changed its name to Stridas LLC. The new name better reflects the company’s evolution and future direction as a leader in the logistics industry, Stridas officials said in a press release. Stridas also named Matt Foley vice president of brokerage operations. Foley has 15 years of experience in the freight industry.

The League of Railway Women (LRW) announced the winners of its two annual scholarship awards. TrinityRail’s Operations Manager Megan Forbes was awarded the $2,000 Connie Sumara Memorial Scholarship for 2020, which supports women pursuing graduate or undergraduate degrees and seeking to further their careers in the rail industry. Forbes is pursuing an MBA at Southern Methodist University in Dallas. Jessica Labrecque was awarded the inaugural $1,000 LRW Future of Railroading Scholarship. Labrecque is pursuing a bachelor’s degree in industrial engineering at the University of Laval in Quebec City, and is an intern for the Transportation and Railway Maintenance Department at the Iron Ore Company of Canada.