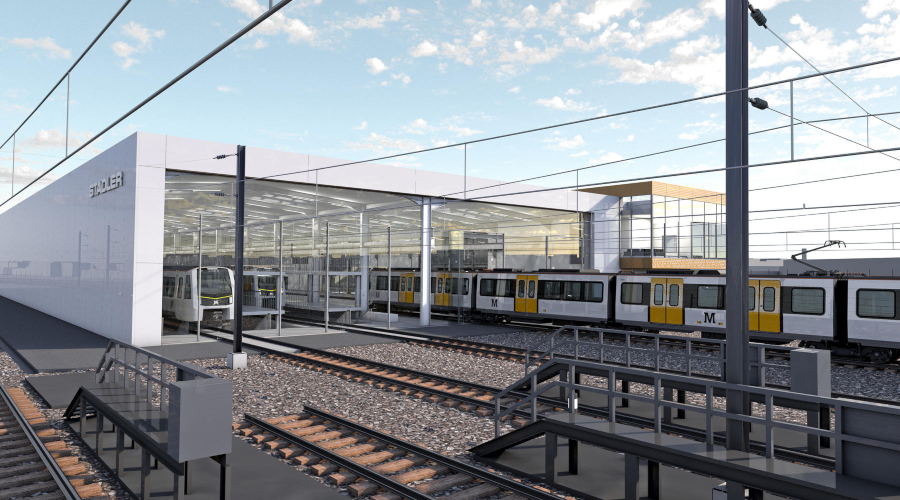 Stadler Rail entered into a $914 million contract with Nexus to supply and maintain 42 trains for the Tyne and Wear Metro in northeast England. Under the contract, Stadler will also construct a new maintenance facility where it will maintain the trains for 35 years. The new trains will replace Tyne and Wear Metro’s existing fleet by 2024, Stadler officials said in a press release.

VLS Recovery Services appointed John Magee chief executive officer. He succeeds VLS founder Mike Dilick, who has transitioned to an oversight and advisory role as a VLS board member. Magee joined the rail-car cleaning company from Crane Worldwide Logistics, where he served as president and CEO for 11 years.

WSP USA named Greg Banks bridge and structures manager for the Pacific Northwest. In his new position, Banks will be responsible for securing and delivering structural engineering work for transportation projects in Oregon, Washington, Hawaii and Alaska. He will lead major bridge projects, as well as manage and develop the firm’s structures team, WSP officials said in a press release. Banks joined WSP in 2004 and has nearly two decades of engineering experience.

Network Rail awarded Jacobs a five-year framework contract to deliver geotechnical, and civil and structural design services for the rail operator across the United Kingdom. Under the contract, Jacob will work with Costain Group, SYSTRA and others in the supply chain to deliver technology-driven solutions for asset management, strategic consultancy, and project and program delivery, Jacobs officials said in a press release.

Albanian Railways (HSH) awarded a four-year contract to a consortium comprising Ardanuy Ingenieria, Metrotenerife and SIM SpA to provide consulting and technical assistance services for a rail modernization project in Tirana, Albania. Under the contract, the consortium will assist the railway in the renovation of more than 21 miles of track between the Tirana Public Transport Terminal and the city of Durres. The consortium will also provide consulting services for the construction of a transfer station and 3-mile extension of the Tirana-Durres Line to connect with Tirana’s international airport. This project forms part of the Western Balkans Core Network’s Route 2, which will connect Podgorica, Montenegro, and Vlore, Albania, HSH officials said in a press release.