Direct ChassisLink Inc. (DCLI) has agreed to acquire TRAC Intermodal's fleet of 72,000 53-foot domestic chassis, along with related customer and hosting contracts with Class Is and intermodal shipping companies throughout the United States. The transaction is expected to close in January 2018, DCLI officials said in a press release. Financial terms of the deal were not disclosed. After the acquisition is completed, DCLI will own, lease or manage 136,000 marine chassis, as well as 80,0000 domestic chassis. Through its REZ-1 asset management platform, the company manages more than 86,000 domestic intermodal containers for third parties. 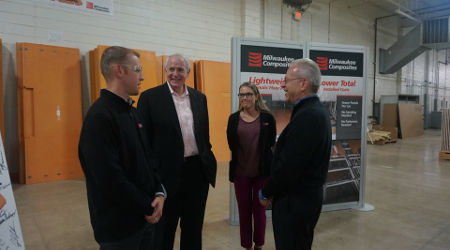 WSP USA has hired Brian Kim as a supervising engineer in its Minneapolis office. Kim will serve as a project manager on highway and transit projects, and lead the expansion of the civil design practice in Minnesota. He joins WSP from a national engineering firm where he served as task lead for systemwide electrical on a $1.6 billion light-rail project, according to a company press release.